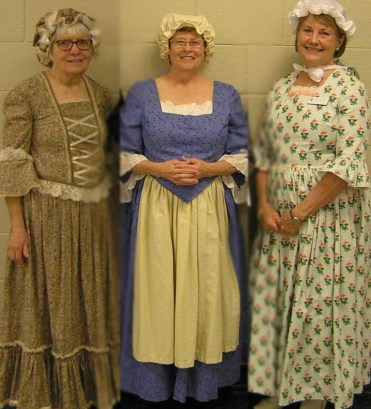 On Thursday, January 12, a ceremony at Berryville Middle School celebrated seventh- and eighth-grade students who participated in, and won, the annual American History Essay Contest sponsored by the Abendschone Chapter NSDAR.

This year’s subject for the essays was the National Park Service, established 100 years ago in 1916 by an act of Congress. Students were to pretend to go to a park and write a journal that included facts about the park and why it is a national treasure. Eighteen essays were received from seventh- and eighth-grade students. Berryville teachers involved were Delene McCoy and Julie Hall. The students all received participation certificates. Of those students, two were selected to be the winners. These two also received award medals. The seventh-grade winner visited and wrote about the Badlands National Park in North Dakota. The eighth-grade winner  wrote her essay on the Buffalo National River. These two award-winning essays will now move onto competition with other essays at the Arkansas state level.

The content contained herein does not necessarily represent the position of the NSDAR. Hyperlinks to other sites are not the responsibility of the NSDAR, the state organizations, or individual DAR chapters.